Great marketing is one that pushes boundaries and enters territories you wouldn’t expect it to break into. It’s an emotionally engaging expression that builds impressions and relationships that last. But, as we go gaga over the eye-catching, attention-grabbing facets of the creative strategy, we mustn’t forget that it is also a lot about outcomes. When marketing strategist, Simon Carter, says, “Great marketing is not just about fancy creatives or huge budgets – it’s something that makes a customer undertake an action that helps fulfil the objectives of your business”, his words hold much water. Outcomes do matter and how the marketing initiative drives business results is indeed important. 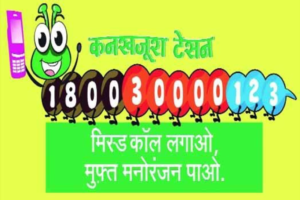 Talking of a great example, HUL’s stunning mobile marketing initiative, ‘Kan Khajura Tesan’, is a fascinating endeavour that has taken rural Bihar and Jharkhand by storm.

KKT is a radio station in a mobile phone that works very simply and all it takes for a fifteen-minute long dose of entertainment is a missed call. The radio content is intelligently interspersed with ads for HUL’s brands. The fully advertiser funded entertainment-on-demand initiative helps HUL’s brands with customer engagement in media dark areas.

Winner of four Lions, the campaign plays on the insight that 65% percent of the population in their target areas were mobile phone users.

What HUL did was transform that rudimentary technology into a reliable and constant medium of entertainment and hence, reach out efficiently to an untapped belt of customers. 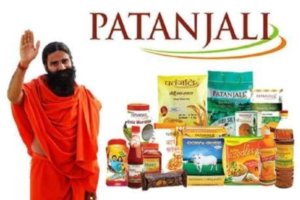 You may or may not be a fan but, Baba Ramdev’s, Patanjali Ayurveda, worth a whopping 6.3 Billion USD, has kept FMCG brands in India on their toes. Selling products at a lower price than his competitors in almost all categories has worked well in a price conscious market such as India. Patanjali Ayurveda, today an FMCG empire, was nowhere to be seen just a few years back. So, what lies behind the brand’s magnificent success?

It turns out that the brand has drawn attention by focussing on the general sphere where it operates and not just on plain bombardment with ads. This has been a classic case of content marketing. He didn’t go the usual path of proclaiming why Patanjali was the best. Rather, he told us about the evil MNCs and corrupt corporates that were exploiting us, cancerous chemicals and fertilizers, distressed farmers and everything else that surrounded his products.

The products that are sold at thrift prices were cleverly positioned as being the same as the competitor’s and how the money generated through them will stay in India. One can easily dismiss it as an overnight success, but what misses the eye is 20 years of relentless work in Yoga and Ayurveda by Baba Ramdev that has really given that push to the brand. The Swadeshi angle, smart pricing, and word-of-mouth publicity model have all played amazingly for the massive success. 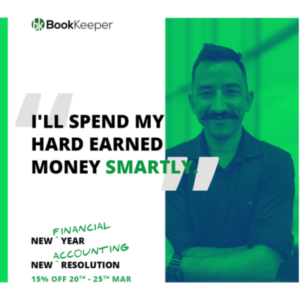 This was a digital marketing campaign by Guerrillas Inc for the Book Keeper App. In order to reach out to new customers, the insight, that a new financial year is the best time to divert customers from an old accounting app to a new one, was cashed on. The motive was to come up with a strategically curated message that positions the app as the solution to all accounting woes. Through a lucid presentation of the problems that businessmen go through and how using the app can solve all of that, the campaign objectives were achieved

But, here we would like to discuss one of the major coupon company started in 1966 by Pierre Bellon. Officially started has Société d’Exploitation Hotelière. It is also considered as one of the largest MNC companies of France. We are talking about the company none other than Sodexo. We hope the bunch of IT working people would have received these coupons and enjoyed your one full meal happily.

It’s one of the great marketing Revolution, which we could ever applause. One big advantage? You don’t need to invest Thousands of dollars or Lakhs of Rupees for TV commercials (Buddy, it’s just coupon company and not a thing to buy it. Secondly, It’s given to majority IT workers here in India).

How these “Sodexo Coupons” works?

First of all, Sodexo will have some group of clients working under them. Major MNC companies try to comfort their IT workers by giving away their some special meal offers in terms of coupons to them. So, Companies try to buy some coupons by paying to Sodexo’s clients, these clients thereby give coupons to the company and they thereafter offer it to their workers. These workers have a meal in Sodexo’s Accepting Food Stores. Finally, these stores collect the coupons and submit to Sodexo Company. Within 2 weeks or at least by a month, The company pays one’s bill amount back to the store but by deducting 2% to 5% of the amount as a part of Sodexo’s profit.

Who is the “Real Profitable King”?

It is Sodexo indeed! “How? And why not MNC companies or Food outlet stores ?” We would like to break up into 2 incidents.

When MNC gifts you meal coupons by collecting it from Sodexo, and in case, if you didn’t redeem the coupon either by forgetting it or for some other reason beforehand the Expiry date of coupon, It’s you, who literally come into the account for wasting your whole small part of your money without using it. Thanks to MNC, They aren’t the real losers but indeed they cut the small amount of your salary to pay the clients and get a coupon for you!

From the above incident, Sodexo makes almost your money as a big profit (except some small part of the money is spent on your coupon manufacturers).

Maybe, Food Outlet Stores Might signed a deal with Sodexo in order to develop their business by making it some more bigger and better, but it worries them when Sodexo deducts the small percentage of money as their profit sharing and in fact, Market outlets end up by not getting MRP amount!

Maybe, many think this company ends up with small profits alone. What if I say, This Sodexo company has Whopping €16 Billion Euros (According to 2016 reports) Market Cap and it’s presence in 80 countries? 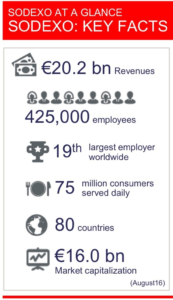 Don’t you think Coupon Market can end up by making the huge amount of money at the end and also on other hand providing meal treat to Workers ?! 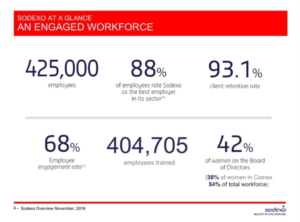 On other hands, this company tries to give gender equality to its members (Pierre Bellon’s own daughter being Chairwoman of the company recently). Also, A study in 2015, shown that Sodexo units which have an equal number of men and women as managers used to make More Profits compared to Units which are dominated by men!

Last but not least, Who says “No to Coupons” in countries like India? 🙂

If you are a restaurant owner selling fried chickens, how many would you like to sell as a minimum? One Piece chicken or two? You know the answer!

And this is how the Fried Chicken Food Chain Giant framed a master strategy!

So, what is a secret burger?

You know, if you want to crack Indian Market, you should know to sell products of cheaper prices!

KFC knows this as well. A Chicken Snacker – Two slices of small rectangular buns stuffed with a small piece(s) of fried crispy chickens!

Chicken Snacker sold in numbers as a standalone small burger as well as a meal combined with Fries and Pepsi.

Obviously, it is, for a Multinational food chain.

So once again KFC re-looked into its menu to come with another interesting strategy for itself.

This time, “A Chicken Longer”. Looks a bit shorter but sounds longer 🙂

Some greater strategies! Aren’t they?

There are a few others which we will add in future.