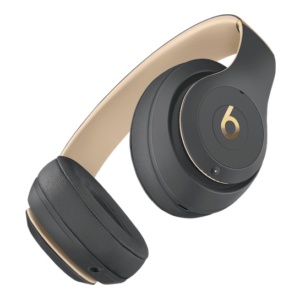 Apple is all set to bring its latest accessory in the market. With the success that AirPods have received in such a short duration, Apple has decided to bring in the over-ear headphone to offer its customers better sound quality along with convenience. The company hinted this to its investors through a note. Apple already has a similar product called Beats by Dre, which it acquired in May 2014. The company is now known as Beats Electronics. Beats, unfortunately, continues to have an ongoing strife with Bose, one of its contemporaries on patent infringement court cases, thereby putting Apple into a tight spot.

The new product by the company is most likely to be introduced in the market in the final quarter of 2018 and the price is expected to be higher than AirPods. Although the exact hardware details are not yet clear, but it is said to match Apple benchmarks.

Unlike the miniscule AirPods, it would be difficult to forget these large over-ears headphone set anywhere.

It is also expected that Apple will introduce an upgraded model of AirPods for the die-hard AirPod fans. The new version is expected to come with a built-in integration set-up with Siri, the voice command assistance tool of Apple products.