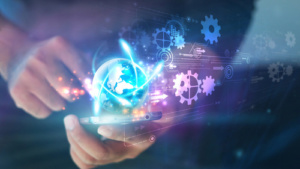 Until a few years back, we were dependent majorly on newspaper or television media to get our daily dose of news fills. We would wait for next morning newspaper to arrive and quench our eyes with the stories and images published in it. We would read the editorial and edit pieces with great interest. They would help us understand different perspectives of a matter and help us form an opinion.

Introduction of Akashwani and Doordarshan ensured a gradual shift to Television sets. The adults would rush home to tune into the radio station for news relay or watch the evening news.  Satellite technological leap allowed us to look beyond terrestrial information sources. Introduction of satellite news channels opened up a whole new world of 24X7 news culture. Traditional print media, read – newspapers began losing their charm and readership numbers as TV related news much faster than papers. If there was a breaking news then rather than waiting next day for the newspaper to arrive we quickly grab the TV remote and scramble to browse through the multiple satellite news channels and fulfil our information quest. Television was the fastest way to access the latest happenings within the country and around the world. In case of international breaking news, we would switch to the BBC’s or CNN’s of the world as those were considered the masters of international news domain.

Then internet happened to mankind and it led to digital revolution. Alas – the world changed against these traditional media giants and fortunately for us – the common people of the world, digital world empowered us like never before. News became mobile and live in the true sense. We began receiving un-biased and un-edited news feeds. It was much quicker than electronic media. Common people would upload real-time videos and images of an incident, clicked from their mobile phones. This information became comparable and verifiable due to multiple videos and images getting uploaded simultaneously by the people present at the site of incident.

This digital revolution left even the biggest electronic media giants behind. The world of information got sucked into our electronic gadgets. Computer screen or laptops and handheld devices like mobiles and tablets slowly became the preferred source of information gathering.

Now we don’t want to restrict ourselves in front of the TV screen to get our news feed or know about the latest trending topics in the world. The choice of the triple digit channels numbers pales in front of thousands of websites that disseminate latest content from all over the world. Today the information flow has become very fluid and effortless.

Incidentally even the electronic media and print media has become heavily dependent on the digital medium and on the social media platforms to get information about the latest trending topics. Digital media is where most of the breaking news is happening today. Slightest trigger of any big news leads to an immediate spurt in relevant news search on the web. People incessantly start browsing different web pages to find out different sides of the story, watch uncut raw footage of the incidents and understand different perspectives.

Take the latest case-in-point of the PNB and Nirav Modi money laundering scandal, the number of latest web searches for news related to this matter shot up. People tried to find information related to the matter and get a clear understand about it, while sipping on their coffee or during their transit travel to a destination.

Even international news like terrorist attacks or shooting incidents in a particular country leads to frantic searches on the news portals as well as social media platforms. Facebook and Instagram goes abuzz with the images and uncensored videos of the incidents while twitteratis go into a tweeting frenzy. These digital mediums feed the traditional media with the trending news topics.

It is an undisputed fact that today digital medium is rules the information turf and it will continue to rule, until the world takes an even bigger technological leap and we discover something bigger and better than internet.