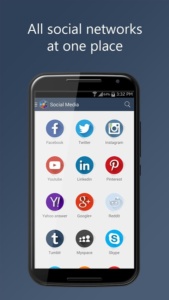 It is no hidden truth that the use of social messaging apps for interpersonal communication has grown at a phenomenal rate for almost a decade now, so much so that it has become an important benchmarks for mobile software companies to dedicate resources for such messaging apps. Businesses have realized the prudence of communicating with their target audience on a platform preferred by the latter and send targeted communication. Integrating social messaging apps into communication strategy with customers has thus began revolutionizing the marketing ballgame. After the demise of Blackberry culture in India, whatsapp filled in the space left vacant by BBM or blackberry messenger. Very soon this free app became a rage in the country and its widespread use prompted companies to reconsider their communication strategy and customer engagement initiatives. Integrating social messaging apps into communication has become a necessity now rather than a different initiative. Based on the consumer’s net browsing history and financial health, companies have begun sending messages on whatsapp or other social media messaging apps. Messages that promote residential property launches, invites for events or exhibitions, promotion of specific services like repairs of electronic gadgets or personnel placement services are becoming common. Such messages are sent on individual basis or as a part of broadcast message. They are also shared within closed groups by members who wish to publicize their products or services to other members of the group. Some of the big companies having multi-location presence are using social media messaging apps for internal communication as well. One such example is the B2B app Slack. The day is not far when such a technology could include the scope of creation of private communication platform between multiple businesses through social media messaging apps, for achieving larger business goals.