Will KYC compulsion put a break on digitization trend in India? 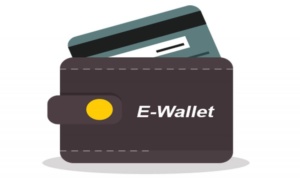 Demonetization pushed people towards digitization as there were severe restrictions put on the cash transaction. Slowly, but definitely, people got used to the use of e-payments. They started finding it easy to make payments through e-wallets. RBI issued licenses to 55 non-bank mobile wallets while 50 banks have their own e-wallet apps. Within a few months, existing players like Paytm, MobiKwik, M Pesa, Airtel Money, Free Charge etc. saw their customer base soar to unprecedented numbers. This encouraged many new players to come out with their apps and seek their own share of the pie from this large pool of customer base. Amazon Pay, Ola Money, PhonePE, JioMoney Wallet are some of the new players which entered the market after demonetization. Feeling left out, banking giants also launched their own e-wallets. Citi Master Pass was jointly launched by Citibank and Master Card, ICICI Pockets was launched by ICICI Bank and State Bank Buddy was launched by State Bank of India. The download of these and other banking digital wallet apps went into millions across Android, iOS platform, and Windows platform. The recent figures suggest that by 2020, the digitization of India’s monetary system is slated to grow to the tune of US$ 500 billion. This figure would be close to 15% of GDP.

Everything was going fine until Reserve Bank of India (RBI) issued strict guidelines to all the companies having e-wallet payment apps that they need to ensure latest KYC procedure (Know Your Customer) of their customer base 31st Dec 2017 to facilitate interoperability between PPIs (Prepaid Payment Instruments), bank accounts and cards in a systematic manner. This deadline was later extended to by 28th Feb 2018.

There were two categories of KYC

For e-KYC and in the absence of an Aadhar Card, a customer needed to furnish any one of the four officially valid documents like – passport, voters identity card, driving license or NREGA job card. In case of full KYC, complete authentication and verification of residence and identity proof is done

E-KYC gave some respite to the customers as Reserve Bank of India (RBI) allowed them to continue transacting for 12 months after they have done their e-KYC. They are required to do full KYC after that in order to retain their transacting rights. The only hitch here is that RBI has restricted the amount of transaction per month to INR 10,000 per month. This has impacted the financial sector to a great extent. In terms of remittances, the volume of funds that account holders transferred from their e-wallet to their bank account or to other e-wallets was close to INR 10,000 crores a month, e-commerce transactions with remittances to merchants stood in the range of INR 2,000 crores a month. The transaction volume of e-wallets fell by 80% since 28th Feb.

But nevertheless, this regulation has acted as a hammer on the mobile-payment players. Prior to the compulsion of KYC, mobile wallets segment showed a commendable growth of 14% in January 2018 with the total amount of transaction hitting 113.6 million as compared to 99 million in the previous month.

The necessity of KYC formalities within such a short notice has kind of created a chaos for these companies which are not equipped to handle so much load of KYC documentation. Many customers were unable to register for their KYC. Sometimes the customers were unable to submit the documents in time and sometimes it was the vendor who didn’t have proper infrastructure to conduct and capture the KYC data of lakhs of customers within the given deadline. This regulation required e-wallet companies to have a biometric device installed, which itself is not easy to install. Additionally, they had to ensure that the staff conducting KYC through these biometric devices were trained and capable of operating it. The companies had to also increase the number of people in their call centers to answer the issues of the clients facing KYC problems. This added to their cost and timelines. Some e-wallet companies are unable to squeeze in the additional operational cost of managing the KYC formalities, which is close to $100 million for some companies, and hence they are scaling down operations and cutting down on jobs.

70 to 80% cases of KYC attempts ended up in failure. This resulted in several digital wallet companies being forced to bar these customers from adding or receiving money in their wallets from March 1. This drew the ire of many customers who are threatening to stop using the e-wallets. Customers who by now had become comfortable with e-wallets are now scrambling to keep their e-wallet operational. E-wallet companies are struggling to retain their customers who are struggling with KYC, eventually losing a large chunk of customers.

After the expiry of the deadline in February, there was a panic kind of situation as some customers were unable to make transactions. This new industry hit a big stumbling block. E-commerce transactions dropped to half of their original volume, remittances shrunk by 70% since 1st March 2018. It is estimated that this new RBI directive can lead to e-wallet companies facing losses to the tune of $2 billion or more, which is approximately 90% of all digital wallet transactions in India.

While the KYC issues hit the profitability of e-commerce companies, it is feared that not only will they revert to cash transactions, but even the domestic remittance business, which is around 50% of the total PPI transactions, might head back to banks. The small vendors and grocery stores on the streets that had warmed up to digital payments and e-wallets will return back to cash transactions,  thereby nullifying significant efforts made to change digital payment behavior of the masses.

It remains to be seen how this situation will pan out in the approaching months and how many casualties will it cause to the economy.