In an age of raging capitalism, it isn’t surprising to say that we are ruled by multinational 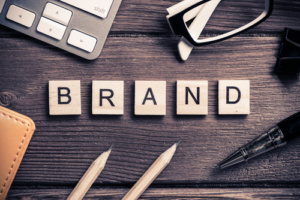 How we came to be, what we did to get to where we are and what we’re called. For each one of us, it’s a different story. Some boring as hell, some interesting enough to be written about. And with some of our most well-known brands, the same is true.

Here are a few of the lesser-known stories and facts of some of the biggest brands in the world:

Here’s a simple list of lesser-known facts about some very well-known brands. And you thought that we got no chill!

He was an aristocrat. He didn’t wear his brand of denim pants because they were meant for the labour class.

BMW became a car manufacturer because Germany lost World War I. BMW originally started off as an aircraft manufacturing company. After Germany’s defeat in WWI, all airplane manufacturing companies had to cease production, one of the many terms of the Versailles Armistice Treaty. With the company facing bankruptcy, BMW shifted to motorcycle production, soon followed by the manufacture of cars in 1928. Their current logo is a tribute to their aviation heritage.

The Nike sign isn’t a tick or check mark. The famous “swoosh” symbol that’s been its logo ever since represents her wings and speed.

Fanta was created in Nazi Germany. During the height of World War II, Nazi Germany was subject to some trade embargoes. Because of the lack of raw materials and ingredients, the head of Coca-Cola Deutschland. Max Keith, decided to create a new drink for the German market, using whatever they had – “the leftovers of leftovers.” The name comes from the German word for imagination (Fantasie), and they had to stretch every bit of it to make this drink.

The McDonald’s logo is based on the shape of the stores and not the word McDonald’s. The McDonald’s logo is one of the most widely recognised in the world, probably only behind Coca-Cola. ‘M’ for McDonald’s and all that. But the truth is, the name of the company didn’t inspire the logo. The original store’s architecture had golden arches on either side. The owner wanted it so that people could recognize a McDonald’s outlet from a distance. So, when they were redesigning the logo, they decided to take inspiration from the restaurant’s iconic architecture.

We’re heavily dependent on the popular search engine which answers all our queries, from the silliest to the most serious. But only a few know that the name was a result of a mistake. Google’s initial name was Backrub, which the company thankfully decided to change. They wanted to name it Googol, which refers to the number represented by a created followed by one-hundred zeros. However, it just happened that it was misspelt as Google, and that’s how it got its name!

Burt Baskin and Irv Robbins, the two brothers-in-law, started their separate ventures of selling ice-cream in 1948-49, which was later named as the Baskin-Robbins Ice Cream, in 1953. A local advertising agency recommended them the “31®” logo, representing a flavour for every day of the month. The advertising agency, Ogilvy and Mather, is behind the present logo design, which cleverly inscribed 31 in the name.

Drew Houston founded Dropbox because he would often forget to carry a USB to his college.

In the early 1970s, just a few years after FedEx was formed, the fledgling company was already in dire straits, losing up to a million dollars a month, At one point, it looked like they wouldn’t be able to meet their financial commitments.

While waiting for a flight, Fred Smith, the founder of the company, impulsively hopped on a plane to Las Vegas, where he won $27,000 playing Blackjack. The company was saved, and Fred Smith had one hell of a story to tell.

Lamborghini sports cars exist because of Enzo Ferrari’s pride. Lamborghini has initially been a tractor manufacturer. The owner, Ferruccio Lamborghini, had an interest in luxury automobiles, especially Ferraris. While doing a routine check, Lamborghini found that the clutch in his Ferrari was broken and he discovered that the car used the same clutch as his tractors.

When he asked Enzo Ferrari for a better replacement, Ferrari dismissed him saying he was a tractor maker and did not know anything about race cars. I guess we all know how that turned out.

Coca-Cola was originally created by John Pemberton, an injured Confederate Colonel, who wanted a substitute for his morphine addiction. He called it French Wine Coca, a nerve tonic. When Atlanta passed prohibition legislation in 1886, Pemberton had to redo the formula, basically to make a non-alcoholic version of his tonic. He named the drink Coca-Cola, the drink we all know and love.

The Apple logo isn’t a tribute to Alan Turring. Although it would have been apt, the truth is far from poetic. The most accepted theory is that Steve Jobs’ favourite fruit was the apple which explains why their first computer was named after his favourite McIntosh apple. Oh, and this was the first version of Apple.

It was founded by two kids with a cycle and $100. United Parcel Service, or UPS as it’s better known, had extremely humble beginnings. In 1907, 19-year-old James Casey founded the company with $100 borrowed from a friend and a bicycle.

The teenager also served as president, CEO, and chairman. Today, the company is the world’s largest package delivery company. Not bad for a kid with a cycle.

These two premium brands exist because of a family feud.  In the 1920s, brothers Rudolf and Adolf “Adi” Dassler were running a successful shoe manufacturing company, Dassler Brothers Shoe Factory. However, during World War II a growing rift between the two widened due to a misunderstanding. Later, after the culmination of the war, Rudolf was picked up by American soldiers and accused of being a member of the Waffen SS (he wasn’t). Rudolf was certain it was his brother who turned him in.

The two splits, with Rudolf forming Ruda (later renamed to Puma), while Adi formed Adidas. The two never reconciled and are buried in the same cemetery, but as far away from each other as possible.