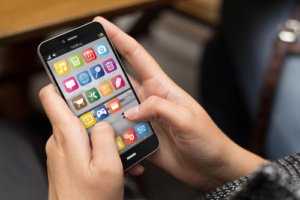 Be it any industry, trends in many ways reflect everyday needs and behaviour to a great extent. With a rise in every other technology, the mobile industry doesn’t seem to stop at any moment.

Newer technologies are emerging as a leader in human progress which is the main reason for our modern-day productive lifestyle. Apart from all this, UI/UX forms an essential part of this whole chameleonic process. After opening an app, users expect to see something incredible. Something which can flaunt them to unbounded heights of success and glory which is their primary goal.

Let’s discuss the top 8 design trends based on user interests and expectations. Let’s get started.

It’s not always that the technical side of any application is related to the speed. Whenever an app consists of several design elements, unwanted confusion can be created in the minds of the user.
On the other side, designing the app with minimalistic design can provide a whole new experience in the most convenient way. With just a click of one button, everything can be right in front of your eyes. The products which are made with more consistency will most likely move forward in the future.

It was the marvellous year 2014 when the businesses first met the concept of Material Design. This new update was brought in front of the world by Google and is a massive success in the present date. As far as the Material designs are considered, they have their own set of goals and missions. But, at the core, Material Design is a lot simpler and uses all the available space more efficiently. Nowadays, the Material design seems to be a lot flexible as it offers both dark as well as light solutions. Be it an Android or an iOS; the material design is present for almost any platform user.

In the earlier times it felt so weird to use a Smartphone having inbuilt sensors in it, but now things have changed at a relentless pace. As of now, just by pressing the screen, we can also pinch, drag, tap and can do various other operations all at the same time.

Gestures are more crucial because of the following reasons:

Regarding revolution, the phablets devices came about 5years ago and bought more challenges for the UI/UX Specialists. With this, the designers needed to face a lot more difficulties because phablets changed the way we hold our Smartphone.

However, the key factor remains the same. Users need to get all the necessary areas with just a small thumb, as simple as that.

Millions of developers all over the globe use functional animation to let the users get immersed in their application. The modern era of development is not all about vivification, but it also composes of the relevant context.

Personalisation is such an enchanting thing which all of us do appreciate in our offline activities. Just by holding a Smartphone in the hands, any user wants to get the very same attitude while reading news or by doing shopping. In the present times, app developers track users data by customising the user experience by the In-App scroll. Personalisation has got a lot more to offer than any users think.

Well, if your app operates at a lightning fast pace, and your design is perfect, the onboarding and offboarding can be done in a quick period and at a successful rate.

Another successful trend in the present-day market is providing a progressive On-boarding experience, which means the app becomes friends with the user instantly.

Whereas, Off-boarding means saying goodbye in an equally humble way. Being honest, it is the most essential for various gaming applications. Different UI/UX designers congrats users and also motivate them to return to another gaming experience.

8. AR and VR Apps Moving Ahead

All of us are familiar with Augmented Reality as well as Virtual Reality. But, in the designing world, these concepts are pretty much a newbie and do require more skills as well as creativity,
Also, the success of Snapchat and Pokemon is the embark of an entirely new era in the mobile app development world. As far as the UX and AR are considered, some primary points which should be considered are as follows:

A series of contextual elements should be present to inform users about data streaming in the real world.

Any changes in the real world should be interpreted the same way in the application, and it inevitably creates a well-defined user experience.

In dealing with the AR interface, it is essential to reduce the additional actions straight from the user’s side. But the application should still be engaging and a lot more interactive.

From first to the last eight, all of them imply a hot fight between the previous experience and the unexplored list of features. UI/UX designers along with Mobile Developers in the present date have a significant role, and it will be a thrill to see the number of enchanting things they still have in the bag for the future world.