Upgrade From Drupal 7 To Drupal 8 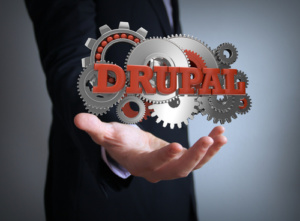 Drupal is one of the leading content management platforms that started its journey 15 years back. It is a power-packed platform that comes with plenty of features and enhancements to elevate the digital experience of the brands. On 19th November’2015, Drupal released its 8th version that was foreseen as an endowment for the content authors, developers, and site administrators who use the platform on a daily basis. The core development team of Drupal spent nearly five years to launch an update that is focused on providing the best facilities for website customisation, mobile data visibility and optimisation, and streamlined API integration.

Drupal 8 is believed to be enriched with advanced capabilities that solve the problems for most of the regular users of this content management system. Through its extensive offerings, it has appeared better, brighter, and more potent in terms of functionalities. Just when Drupal 8 has announced its emergence in the market, a buzz was created surrounding its launch that heaved the wind with a series of speculations such as ‘Is Drupal 8 user-friendly for the development of modules?’, ‘How will Drupal 8 facilitate the site builders?’, ‘How is it designed to boost the digital experience of users?’ etc. Now since three years have completed and the open source platform has gone through a series of updates, the process of developing Drupal modules has accelerated, and more developers are converging towards the contribution of its full-fledged growth.

This scalable and multi-tasking platform is already a beckoning prospect for the content developers, but the real question is ‘how flexible are the business owners to sacrifice the older version of Drupal which is, in this case, Drupal 7 and embrace the cocky Drupal 8?’

Most of the developers believe that living within the tech bubble actually helps them to understand the diverse technicalities of an open source platform which a person from a non-technical background fails to recognise. Most entrepreneurs often feel allergic in upgrading their platform from Drupal 7 to Drupal 8 citing business-oriented and politically governed reasons. They must be encouraged whole-heartedly in either switching from Drupal 7 to Drupal 8 or starting a new project in Drupal 8 such that they will be showered with positive impacts and benefits, highly beneficial for their business growth.

Here are some strategic reasons that suggest switching from Drupal 7 to Drupal 8 has become a necessity to cope up with the current developments.

Barring the complimentary features, Drupal 8 provides support for multiple languages. Its functionality has been divided into four separate modules.

Apart from the contributed modules, the number of ingrained functionalities of Drupal 8 is beyond anyone’s expectation. It is loaded with close to 60 inherent modules that include CKEditor, Entity API, JQuery Update and internationalisation as major ones. They are generally viewed as “critically acclaimed” module while 36 modules have been categorised as renamed or obsolete. Some common modules such as Path redirect, Global redirect, Meta tags quick, Page Title, ImageAPI have their roles replaced or amended.

Drupal 8 is lodged with services-based, API architecture that helps you to design advanced apps for delivering superlative experiences across a multitude of devices. D8’s architecture does not force you to structure the data separately for each solution; instead by keeping content live in one location, your content can be easily integrated with API.

Drupal 8 is supported with an exclusive suite of add-ons and benefits that contribute towards the betterment in the performance of the CMS. It comes with vibrant and fast theming options that help in building websites with security and flexibility.

Drupal 8 is designed with flexible and innovative PHP-based theming framework named ‘twig’ that creates an upgraded and impregnable theming layer. The theming templates are programmed using facile codes that are easily understandable and convenient for developers, site builders, and end users.

Drupal 8 has page mark-ups powered by HTML 5. With this, each output template has simplified elements and classes with inbuilt input tools for mobile fields like date, email, and mobile number.

Drupal 8 should be the preferred choice for the content author since it is powered with WYS/WYG editor tools and in-house editing tools that have the capacity to craft content of variable formats and alterations can be executed without the waste of much time. Drupal 8 enables you to custom-make the front page, listing blocks, and efficiently create admin pages and more.

Drupal 8 is based on modern OOP (Object Oriented Programming) approach that promotes smooth migration from an older version and helps the developers to understand more about the user interface. Storage and reclamation of essential data through entities, fields and configuration APIs can be efficiently executed in Drupal 8. It provides a delightful experience for the developers and through knowledge transfer and better understanding, this experience can be annealed further. Drupal 8 employs detailed documentation and easily accessible compendium through which logical explanations and in-depth analysis of API implementation can be perfectly depicted.

The Drupal 8 version is encoded with a Module Upgrader that has the power of converting the Drupal 7 code to the new version code. It has a robust command-line script that skims the module source created in the older version for upgrading the same to Drupal 8. Drupal 8 Module Upgrader has the unique speciality of detecting and identifying any code that requires upgradation and also refers to significant changes if necessary. It guarantees the best practice for a smooth migration to Drupal 8 and also expedites uninterrupted coverage to the most popular Drupal hooks widely used in the market.

Drupal 8 is coded with a standardised and simplified architecture that successfully dodges the hardcore technical difficulties. It is powered with core Symfony packages, and the modules are developed on object-oriented conventions. The development is more related to events or extending objects. With each version update, Drupal 8 has worked towards reducing the technical hardships for editors and site admins providing a conducive user-centric experience for tasks like installation, data modelling, front-end designing, landing page designing, and building information architecture.

Drupal 8 comes with a middling interface that is easily connectable to the developers. The CMS platform is broadly assessed, evaluated, and chronicled for delivering the best user experience. The Drupal 8 has valuable learning assets like Acquia Academy, BuildaModule, Drupalize.me to augment your knowledge and interpretation about the same. Drupal 8 is announced with vital API moderations that are accounted as per the modern standards in the digital world. You can deep dive into the learning process through the resources available on different websites that not only magnifies your Drupal 8 experience but also gives you a competitive edge.

Just like another open source content management software, Drupal 8 plays an instrumental role in recuperating the site performance. Drupal 8 has improved features that were not present in the previous iterations, and these features are fabricated to meliorate the variable attributes of a product.

With Drupal 8.2 update, Outside-in, an experimental module was launched to allow changes in the standard configurations from the front-end.

With Drupal 8.3 update, BigPipe is introduced that encompasses advanced caching implementation. Workflows and layouts were launched in this update.

Drupal 8.5 saw the introduction of layout builder for customising the layout of the content and 8.6 saw the release of Workspaces functionality that changes the way content editors release the content to production.

Drupal 8 is aided with PHP7 support, which operates faster than the preceding versions alongside involving the improvement in caching and loading speed.

Drupal 8 has been designed keeping in mind the OOP (Object Oriented Programming) approach that helps in an effortless and nimble migration process apart from providing primed content editing tools, in-core functionalities, and an expansive selection of themes. For site administrators, it provides a convenient interface with prefatory usability and through activities concerning major advancements and rarefactions, the CMS platform is already strolling through much-needed transitions.